PROVO, Utah – Apr 12, 2017 – The Brigham Young University Marriott School of Management named ten MBA candidates 2017 Hawes Scholars, an honor that carries the highest distinction given to MBA students at the school and a cash award of $10,000.

"These ten Hawes Scholars personify the BYU MBA brand,” says Grant McQueen, BYU MBA program director. “Yes, they are smart and hardworking, but they are also men and women of great character. I was humbled as I read what fellow students wrote about them in the nomination process. The stories of sacrifice, integrity, and excellence were inspiring. I’m confident that these students will be impressive professionals as well as influential ambassadors of our brand for years to come.”

Students and faculty nominate and vote on each year's Hawes Scholars. Final selection is made by the Hawes Scholar Committee and is based on academic performance, leadership maturity and a commitment to high ethical standards.

Named for successful corporate executive Rodney A. Hawes Jr. and his wife, Beverly, the award was created in 1998 to recognize the accomplishments of graduating MBA students.

The Hawes Scholar award is one of many initiatives made possible by the Hawes Endowment, a gift of more than $2 million used to facilitate the growth and enhancement of the Marriott School's nationally ranked MBA program. Mr. Hawes, a Baker Scholar from the Harvard Business School, and his wife wanted to create a tradition at the Marriott School that recognizes and rewards excellence among students entering the business world. In addition to being widely recognized for his expertise in financial matters, Hawes has a reputation for integrity, hard work and community service.

The Marriott School is located at Brigham Young University, the largest privately owned, church-sponsored university in the United States. The school has nationally recognized programs in accounting, business management, entrepreneurship, finance, information systems and public management. The school’s mission is to prepare men and women of faith, character and professional ability for positions of leadership throughout the world. Approximately 3,300 students are enrolled in the Marriott School’s graduate and undergraduate programs. 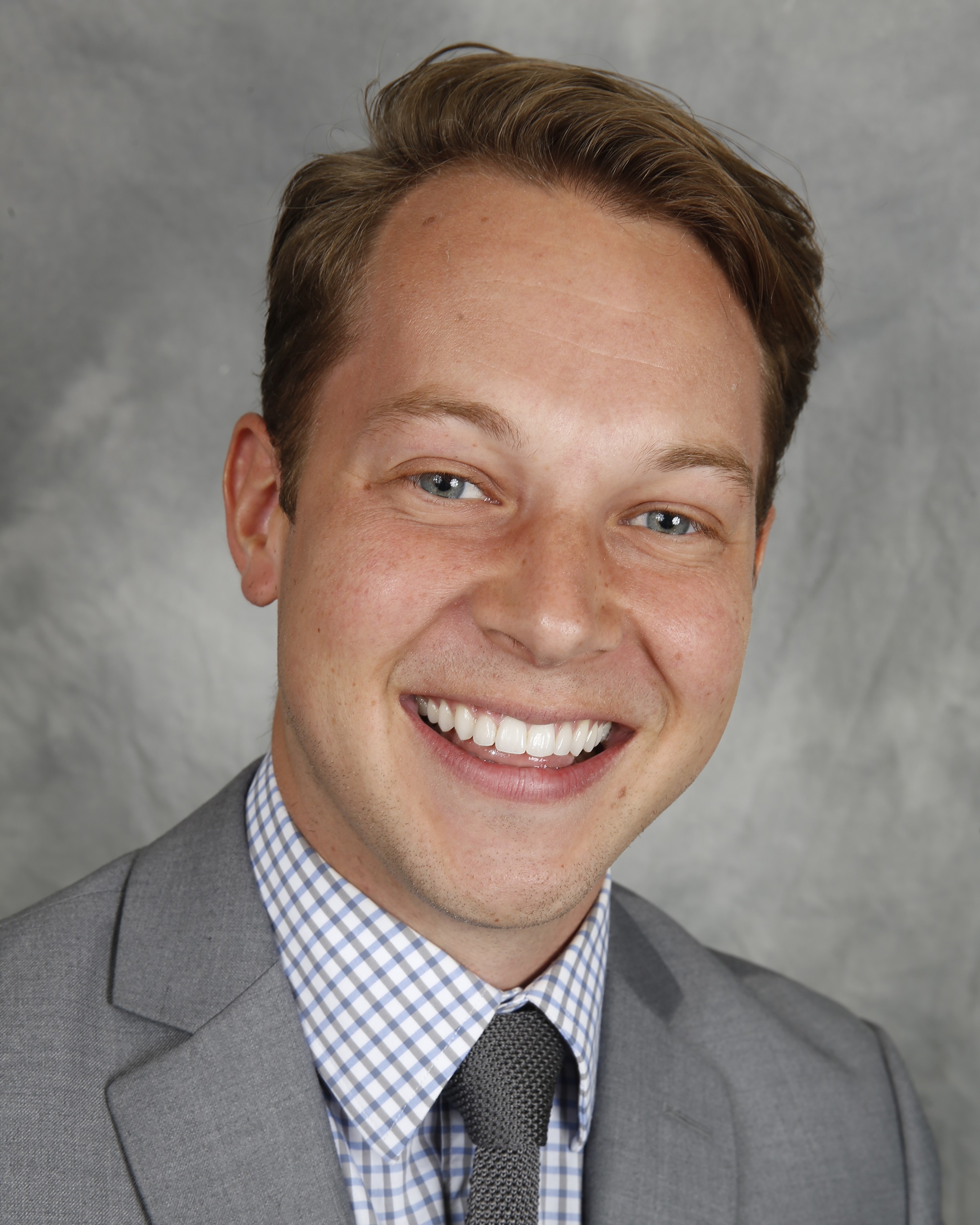 When he’s not studying for his MBA marketing exams, Kyle Ahrendsen enjoys riding motorcycles, hunting, and scuba diving. He is also a diehard Green Bay Packers fan and part owner. The 2012 BYU accounting grad spent three years working for EY as a financial services senior associate before returning to the Y to pursue his MBA with an emphasis in marketing. “Moving from an accounting and finance background to marketing, the BYU MBA program has given me the tools, network, and skills to move into the exact industry and company I was targeting upon acceptance,” Ahrendsen says. Originally from Rexburg, Idaho, Ahrendsen will trade snow for sun after graduation when he moves to Dallas to work as a marketing manager at PepsiCo/Frito-Lay. 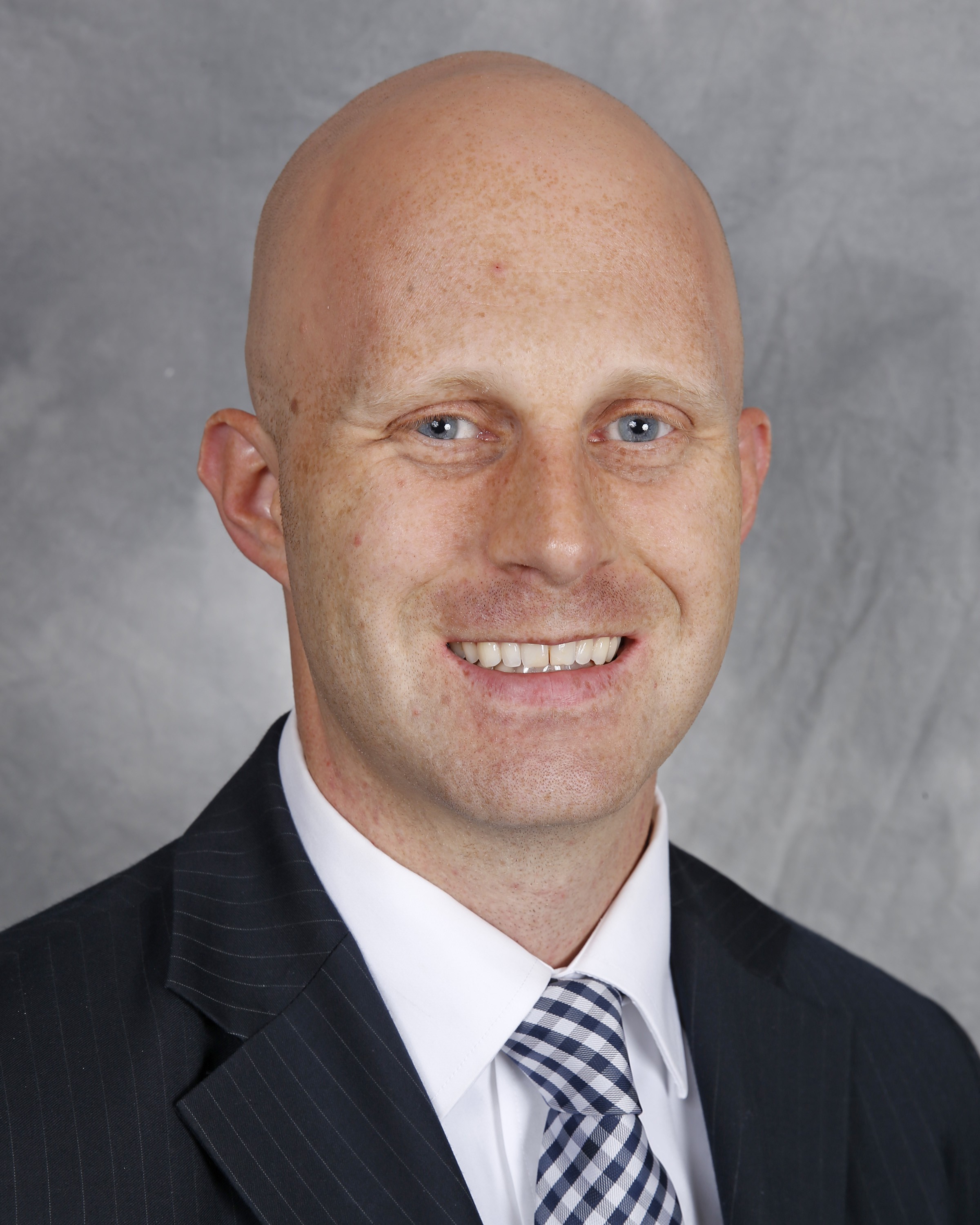 Christopher Barnes studied accounting and Chinese as an undergrad at BYU, graduating in 2010. He then worked as an assurance senior associate at EY and an audit manager at Geffen Mesher. Post-MBA, Barnes will return to 3M, where he was a summer intern, for a full-time position as a financial analyst. When he reflects on his Marriott School experience, Barnes says he values the relationships the most. “My professors were life mentors who taught me how to learn,” he says. “My classmates became my greatest friends and will be for a long, long time.” A Eugene, Oregon, native, Barnes is an avid Oregon Ducks fan. He also spends his free time playing sports, mountain biking, and hiking. He and his wife, Bethany, have four children. 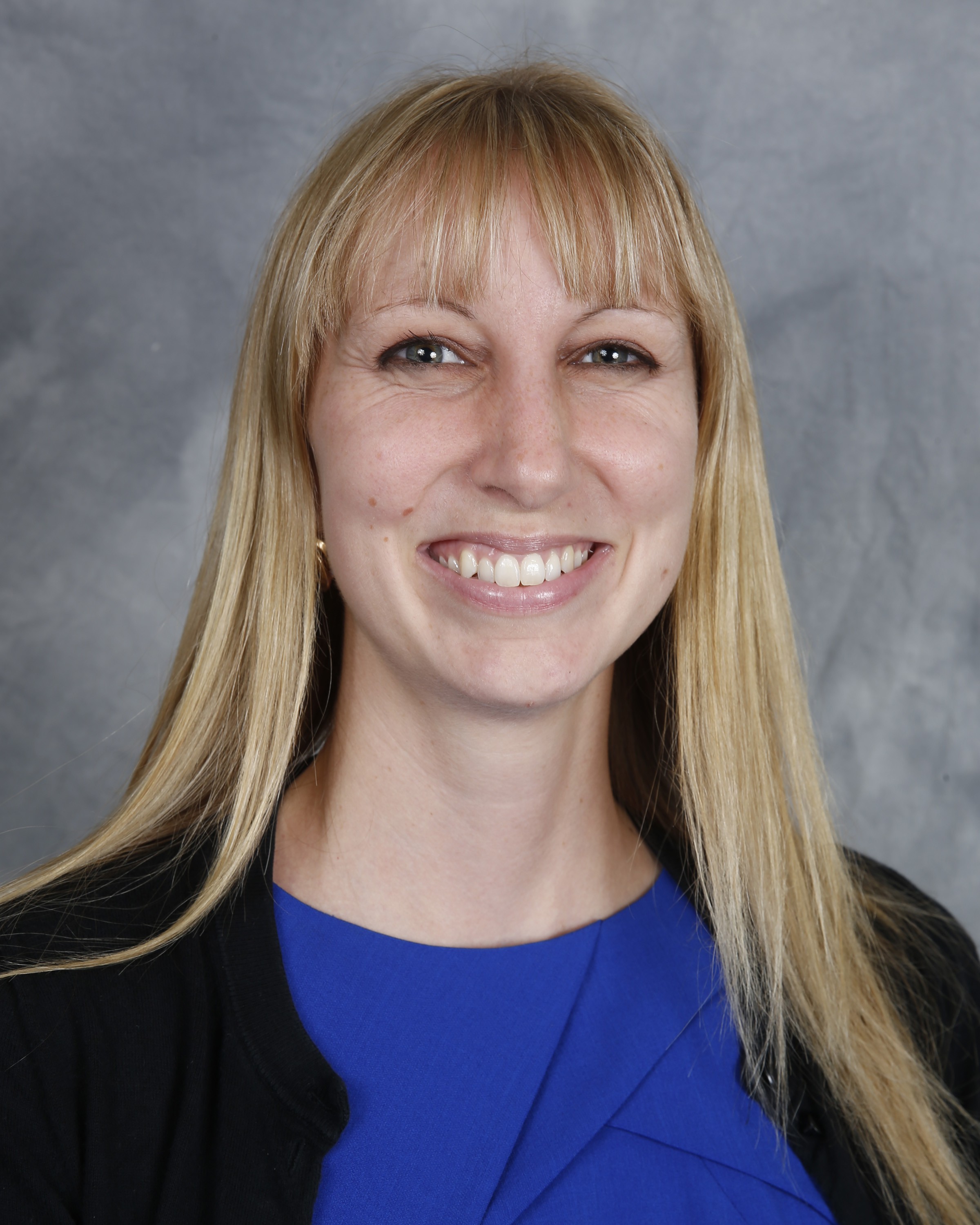 With a BYU humanities undergrad degree and a master’s degree in teaching English from Boston University, Andrea Houchens enjoys “immersing herself in the humanities.” After teaching high school English for four years, Houchens is working on her MBA with an emphasis in strategy and entrepreneurship. “The BYU MBA has introduced me to a new way of understanding the world and, even better, has allowed me to associate with incredible people,” she says. “Moving forward, I hope to build a business that improves the lives of those around me and to ultimately spearhead a successful social innovation.” President of the Women in Management Club, Houchens has interned with Microsoft, where she managed a STEM outreach program for teenage girls. Following graduation she will return to Microsoft in partnership sales. From Bellevue, Washington, she enjoys traveling, coaching volleyball, and running. 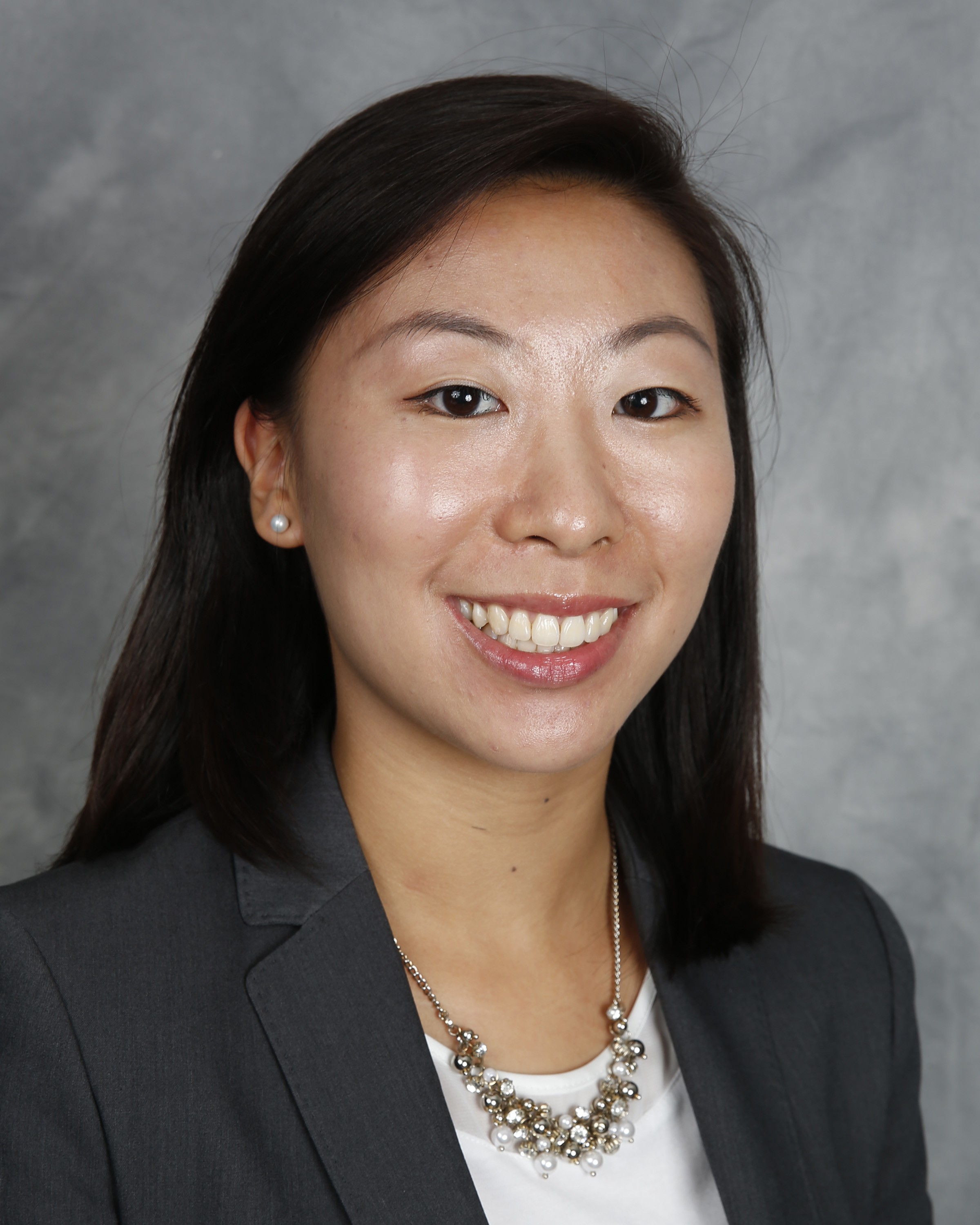 MBA candidate Angela Hui enjoys sports, playing piano and flute, traveling, and learning about cultures. Hailing from Richmond Hill, Ontario, Canada, she graduated from Richard Ivey School of Business at the University of Western Ontario in 2011. For four years after, she worked as an assistant management controller at L’Oreal Hong Kong. Hui says the best part of the BYU MBA is the community and willingness of students and faculty to serve each other. “Seeing and experiencing my classmates’ examples and acts of kindness, I wish to continue this as I leave the program,” Hui says. “I want to develop and become a well-rounded leader by finding success for not only myself, but also for the people around me.” After graduation, she plans to enter the world of marketing management. 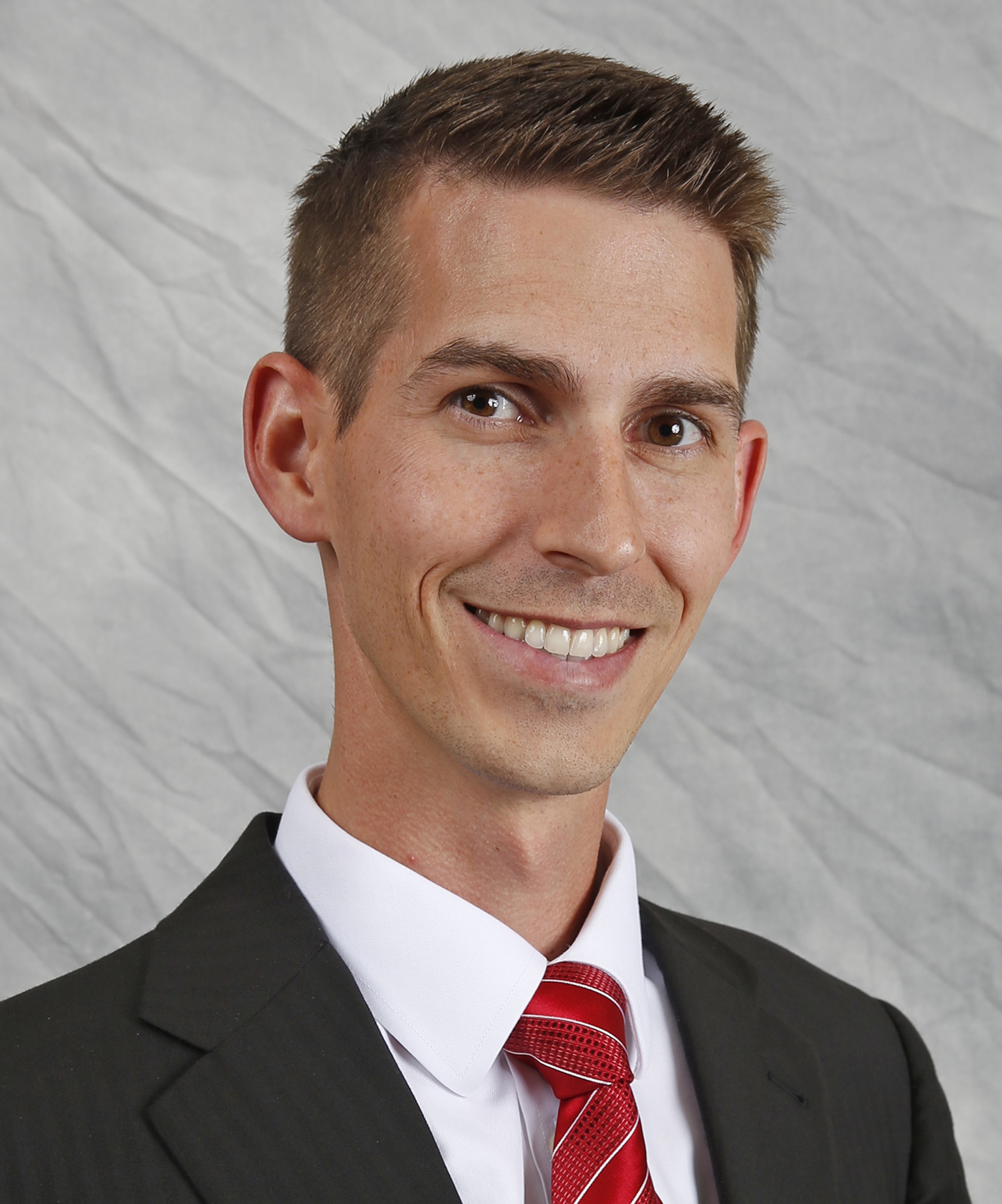 Since graduating with a BYU accounting degree in 2009, Chace Jones has worked for EY, Deloitte, and Orbital ATK. He also interned at Horizon View Capital, Liberty Mutual, and Chatbooks. During his MBA he served as a sherpa and a TA, competed in various case competitions, and was a leader in BYU Cougar Capital. By focusing on entrepreneurship and strategy in his MBA, he is preparing for his long-term goal to be a CEO. “I want to build businesses and create opportunities for people to develop,” Jones says. “I desire to bring about change that improves the lives of those within the communities of the world. I feel that my experiences within this program, along with the relationships I've built, have better prepared me to achieve these goals.” From Centerville, Utah, Jones enjoys golfing, biking, water skiing, and spending time with his wife, Amy, and their three sons. 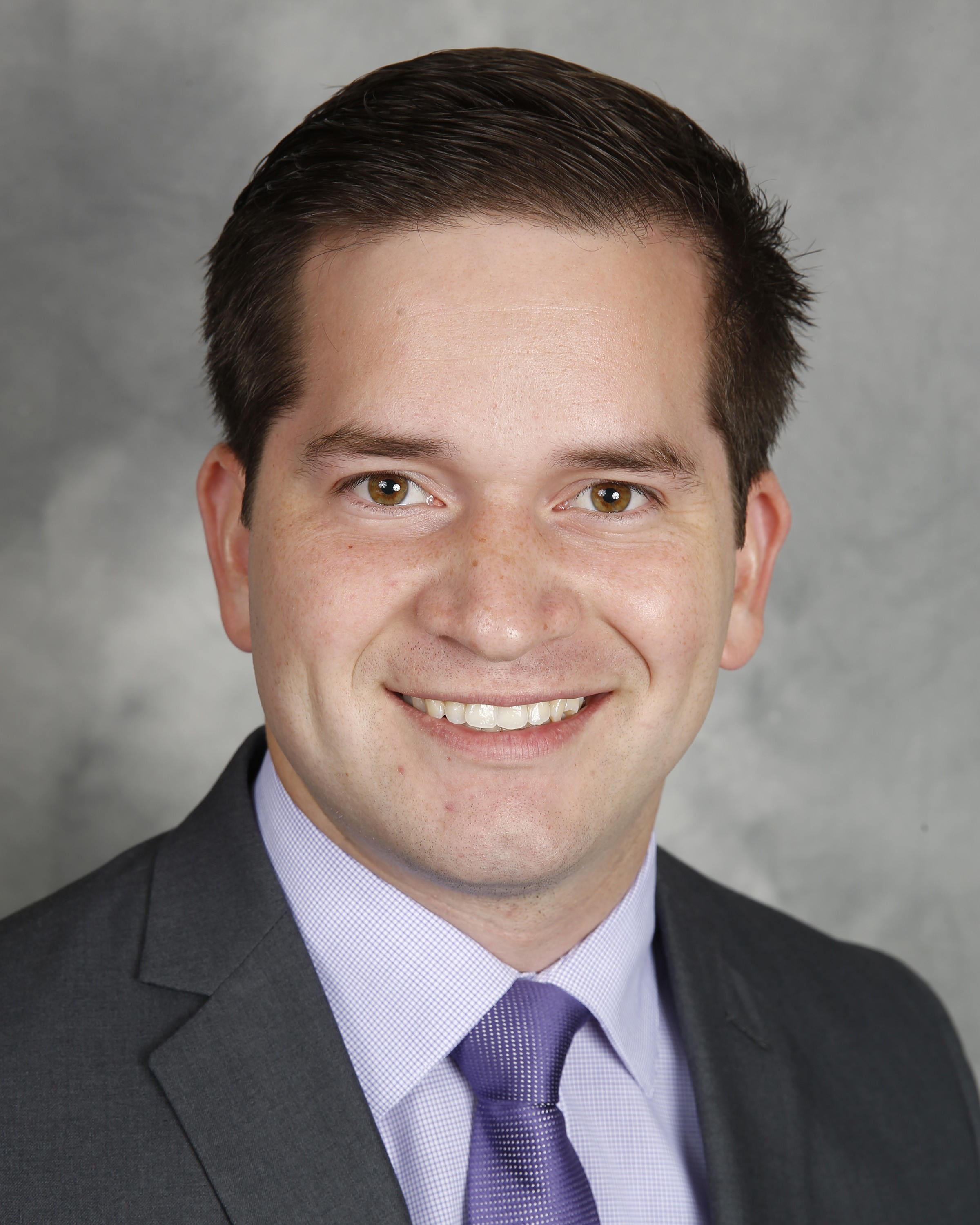 Since Rodrigo Ortigoza grew up in Bogota, Colombia, and also claims Brampton, Ontario, Canada, as home, international business takes on an added meaning for this global supply chain MBA student. After earning his aerospace engineering undergrad degree from Ryerson University in 2010, Ortigoza worked for two and a half years as an airworthiness engineering specialist for Bombardier Aerospace. He completed his MBA summer internship with Amazon and will return to the company after graduation as a pathways operations manager. Of the MBA program he says, “This world-class program has truly prepared me to become a competent business leader and a people leader in the global economy.” When he’s not in the Tanner Building, Ortigoza is outside kayaking, skiing, or hiking with his wife, Meyay. 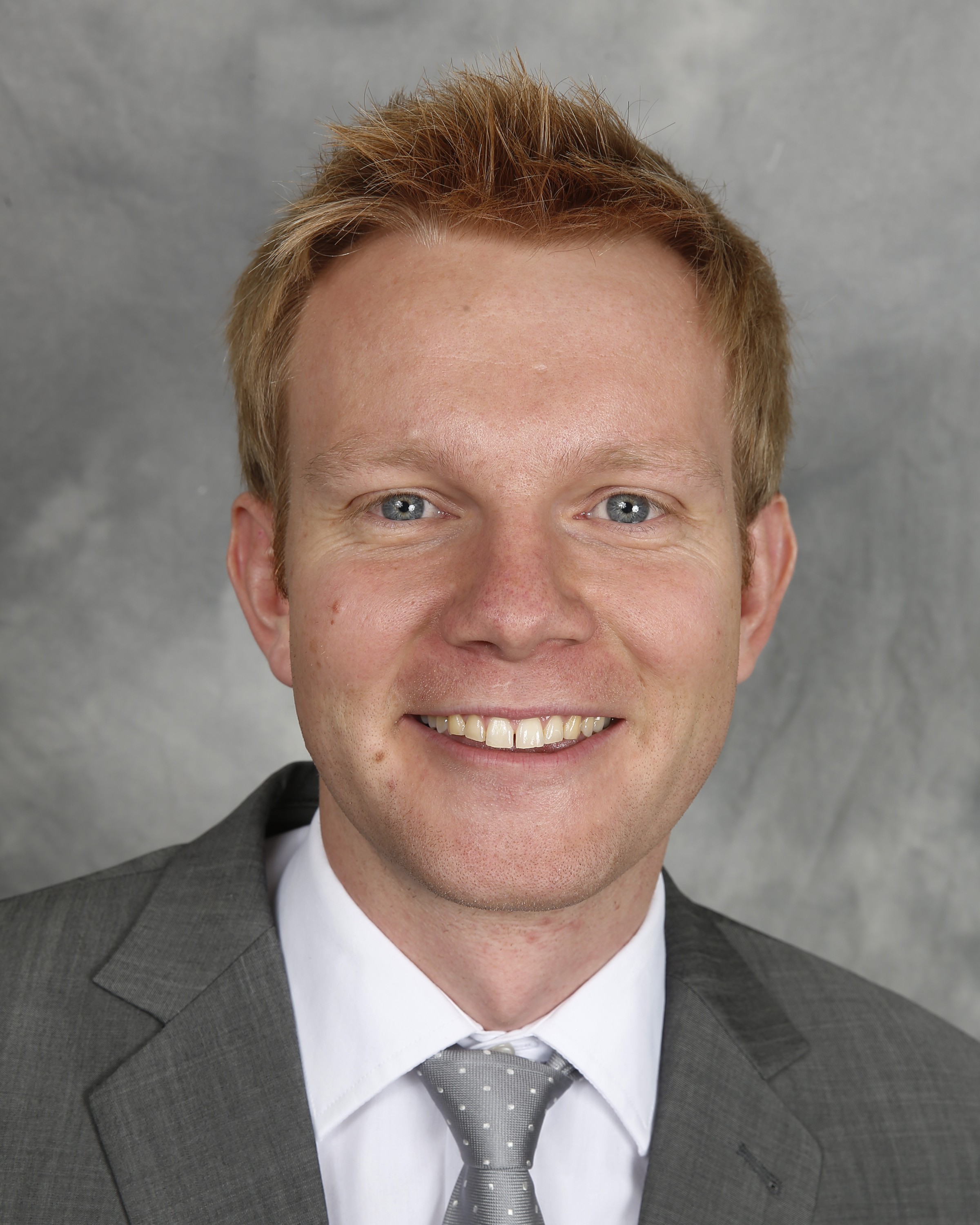 Jordan Roper’s diverse interests include business, advertising, photography, songwriting, aviation, and canyoneering. He graduated from BYU in 2013 with a commercial music degree and has since run his own creative marketing agency, worked as a social marketing strategist for Jive Communications, and spent time at Peterson Ventures, a Salt Lake City-based investment firm. With an emphasis in entrepreneurship, Roper plans to work with an early-stage tech company post-graduation. “The BYU MBA has helped me find a way to merge my creative intuition with strategic principles in a way that will stick with me for the rest of my life,” he says. From Highland, Utah, Roper is also the president of the Graduate Entrepreneurship Association and director of VC relations for BYU Cougar Capital. 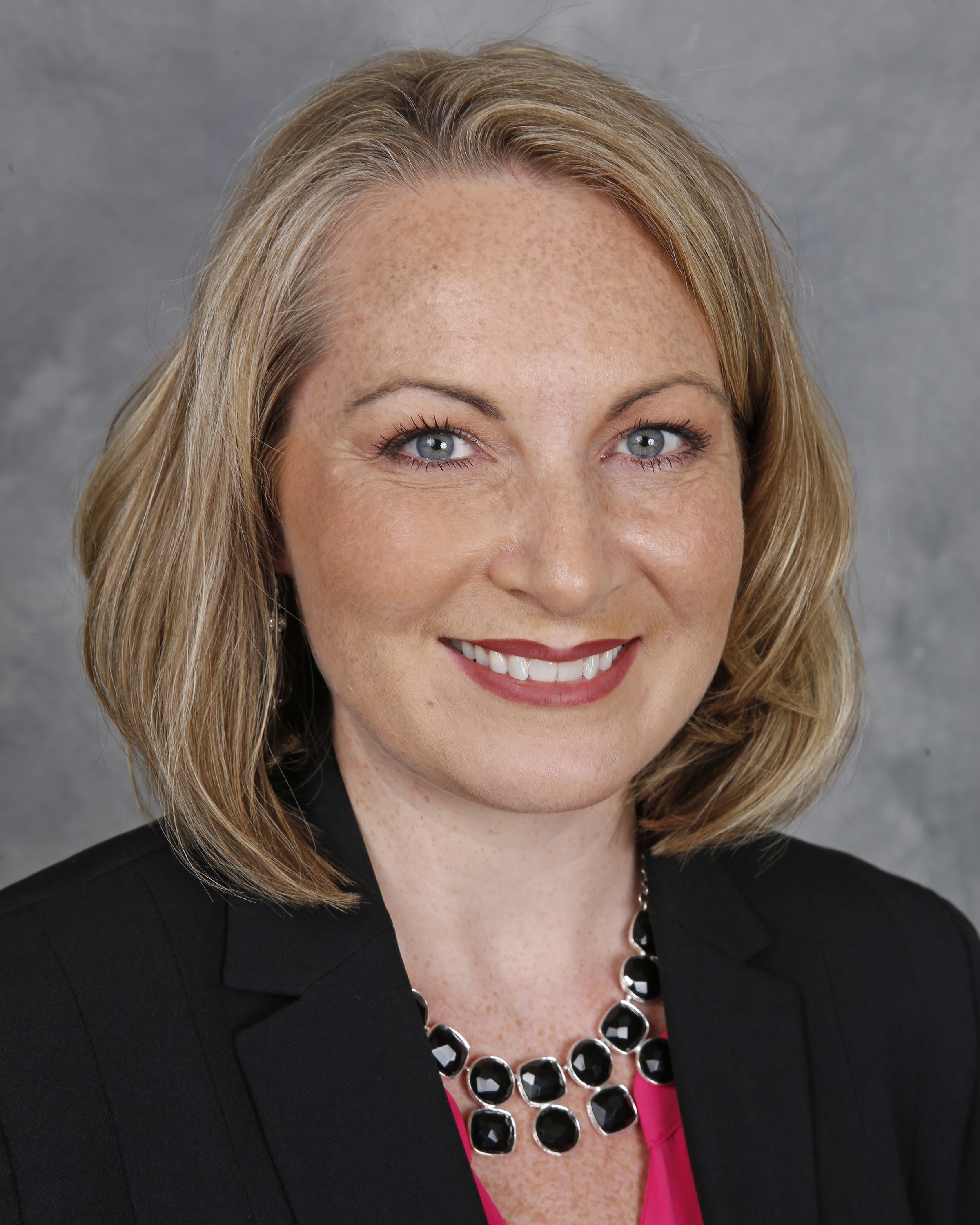 When she graduates with her BYU MBA, Melanie Sander will hold two master’s degrees. In 2014, she received her first, a Master’s of Education, from Framingham University. Hailing from St. Charles, Missouri, Sander comes from a family that bleeds blue. She earned her bachelor’s degree in elementary education from the Y in 1999, graduating magna cum laude. Before her MBA, she spent ten years in education before pivoting to a project management role at Mentor Planning & Consulting. Last summer, she interned at Bank of America where she will return as an HR consultant upon graduation. “The MBA has afforded me so many opportunities to lead, learn, and grow—I will forever be grateful to it for the person it has helped me become,” Sander says. She enjoys spending time with her daughter, as well as singing, photography, and traveling. 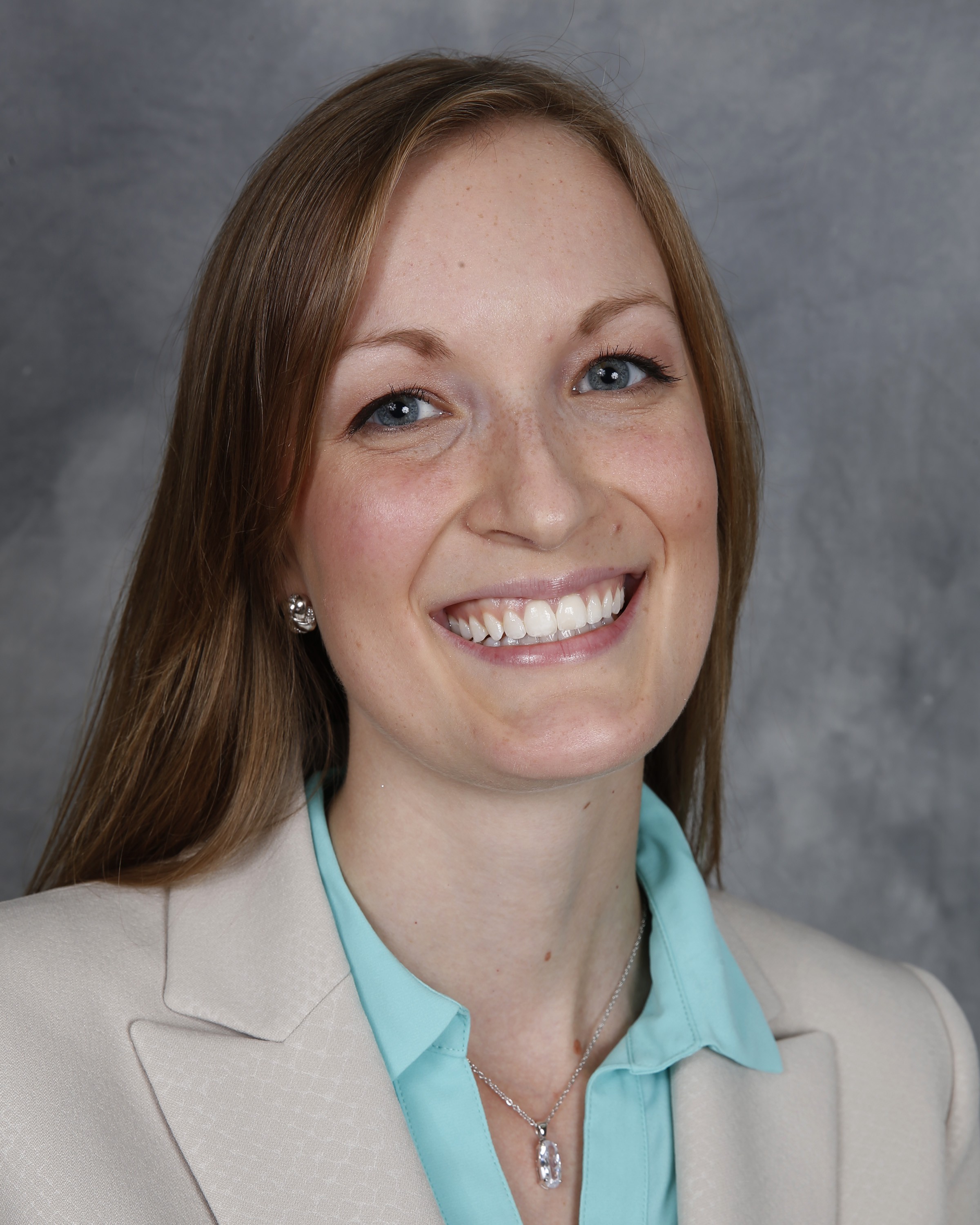 As an undergrad at BYU, Carrolyn Sands graduated summa cum laude with a psychology degree in 2013. Prior to returning to the Y for her MBA, she was an assessment advisor for DecisionWise where she designed, launched, and managed projects related to leadership development, talent selection, and employee engagement. Post-graduation, Sands has a job lined up with General Electric’s Human Resources Leadership Program. “What I love the most about this program is the opportunity it provides to develop relationships with classmates, professors, and alumni,” Sands says. “They have inspired me to see the world differently and to not be satisfied with sitting idly by when I see problems.” A Florida girl at heart, she enjoys cooking, running, seeing new places, volunteering with youth groups, spending time with friends, and reading with her husband, Daniel. 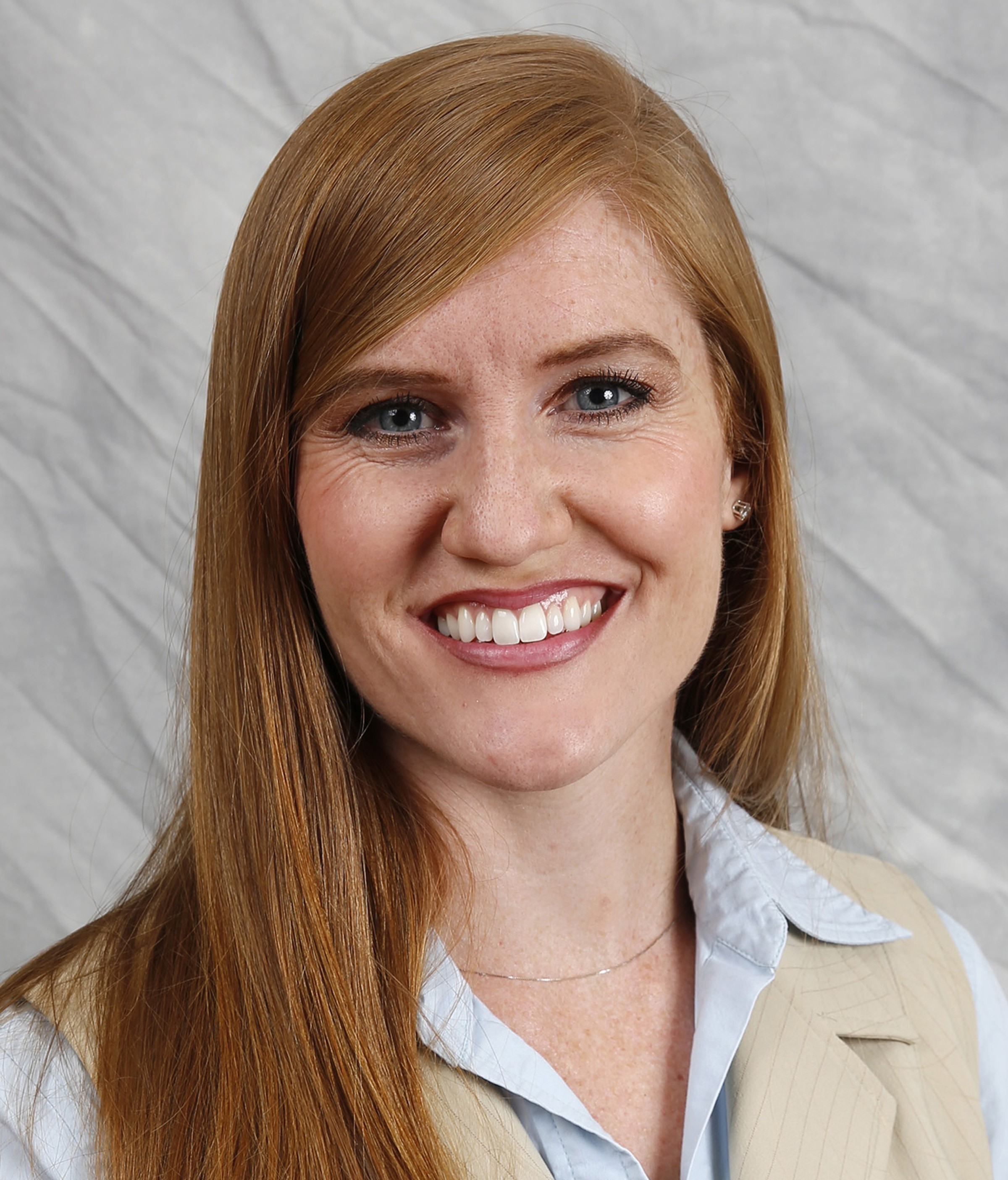 In 2007, Autumn Wagner received her bachelor's degree from BYU in music dance theatre. Originally from Fairview, Texas, Wagner has traveled the world as a lead performer on Holland America Cruise Line and manager. She has also worked for Wells Fargo and Adobe. She still enjoys traveling and also spending time with her husband, Jason, as well as a variety of outdoor hobbies. Of BYU’s MBA, she says, “I have been amazed at the expanse of hands-on learning that is available through the program and the immense talent and accompanying unselfishness of my colleagues and faculty.” After graduation, Wagner will be working in strategy on Vivint's business development team.