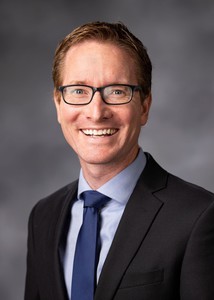 Ian Wright is an assistant professor in the finance department at Brigham Young University. Previously, he was a quantitative macro investor at BlackRock in London, where he invested across asset classes and regions. Prior to that he was an Executive Director in the asset allocation research group in the macro department at Goldman Sachs in London, where he had primary responsibility for Scandinavia, Benelux, Ireland and Korea.

Ian graduated with his Ph.D. from the Department of Economics at Stanford University, focusing on macro-finance and econometrics. His dissertation focused on both theoretical and empirical work pertaining to financial markets. Specifically, he wrote on the dynamics of corporate lending markets, how social interactions influence speculative behavior, and how different horizons of uncertainty differentially affect firm investment behavior. His research has subsequently been published in outlets such as the Journal of Economic Behavior and Organization. In addition, Wright served as a research assistant to the Working Group on Economic Policy at the Hoover Institution during most of his Ph.D. and was a co-editor of the book Government Policies and the Delayed Economic Recovery. He has also won multiple awards for his teaching in both undergraduate and graduate programs.

As an undergraduate, Ian attended Brigham Young University, where he earned a Bachelor’s degree in Mathematics and Economics with Honors and graduated with the Orson Pratt Prize, which is given to the top senior undergraduate mathematics student.