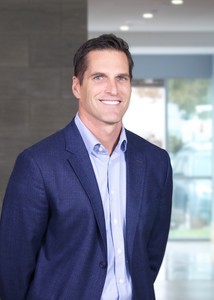 Josh Romney is the founder and President of The Romney Group, which owns and operates multifamily, office and industrial properties throughout the US. The Romney Group is headquartered in Salt Lake City, UT.

Josh is also the Chairman and CEO of Intercap Lending, based in Draper, UT. Intercap is direct Fannie, Freddie, Ginnie seller/servicer and is licensed in 43 states. The company has over 200 employees operating in five states.

Josh also serves as President of Charity Vision International, which partners with local doctors in developing nations in an effort to establish permanent and sustainable eye care programs. The organization currently performs over 80,000 surgeries annually in 28 different developing countries.

Josh also serves as a Board Member of Shelter the Homeless, which is a non-profit organization focused on helping families and individuals facing homelessness in the Salt Lake City area. He also serves as an Executive Board member at the Romney Institute at Brigham Young University and as a Board Member of the Kem C. Gardner Policy Institute at the University of Utah.

Josh worked on his father’s presidential campaigns in 2008 and 2012 working with both the political and fundraising teams. In addition, he spoke at hundreds of events as a surrogate for his father.

He earned an undergraduate degree in English from Brigham Young University in 2000 and a master’s degree from Harvard Business School in 2005.

Josh currently lives in Holladay, Utah with his wife, Jen and their seven children.