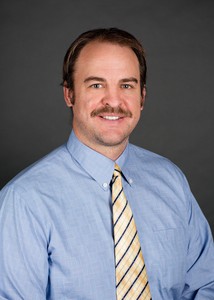 Zackery grew up in the Magic and Wood River Valleys of South-Central Idaho. As the son of a career teacher and public school administrator, he observed firsthand the time and sacrifice that so many public servants provide without fanfare or expectation of prestige or great monetary reward. Zackery believes this perspective greatly influenced the connection he felt with George W. Romney and BYU’s MPA program when he learned about them.

Zackery served a mission for the Church of Jesus Christ of Latter Days Saints to the Florida, Orlando mission. After returning home, he enrolled at Utah State University. He met his wife in the Dee Glen Smith Spectrum at Utah State. She completed her own church mission to Toronto, Ontario, Canada while Zackery completed his MPA at BYU. They were married shortly after she returned and now have four children.

Zackery has worked for the Utah Legislature since graduating from BYU. He began in the Office of the Legislative Fiscal Analyst, staffing appropriations committees and carrying out budget analyses on state programs. Zackery currently works as a performance auditor in the Office of the Legislative Auditor General and enjoys assisting in the important mission of this office. He is currently pursuing a CPA and Master’s of Accounting at Weber State University, after which he plans on resuming his hobbies and interests.