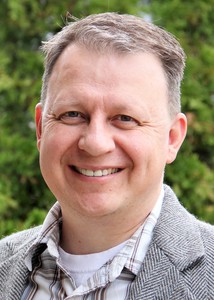 Bruce Jacobs was born in Utah, but was raised in an Air Force family and has lived all over the world, including England, Germany, Norway, Taiwan, and several U.S. states. He attended nine different schools, finally graduating from Layton High School in 1992. In 1993, Bruce returned to Norway, where he’d lived previously, to serve as a missionary for the Church of Jesus Christ of Latter-day Saints. He earned a bachelor’s degree in Communications from Brigham Young University (BYU) in May of 2000.

After graduating, Bruce joined a global public relations firm, Weber Shandwick, where he worked for the Seattle office, managing high-tech client accounts such as Microsoft. In 2006, his career took an unexpected turn when he accepted the position of Executive Director for the regional Combined Federal Campaign (CFC) based in Ogden, Utah. In this job, Bruce found a passion for nonprofit fundraising and he quickly helped to grow both the footprint and revenue of this workplace campaign for charity. Known for collaborative fundraising, in 2015 Bruce was honored to receive the 2015 National Leadership Award presented by the Office of Personnel Management (OPM) for introducing many new fundraising initiatives and innovations.

In 2014, Bruce was accepted into the Executive Master of Public Administration (EMPA) program at BYU, graduating in June 2017. In his spare time, Bruce writes fiction and hopes to soon publish his first full-length novel. He also enjoys beekeeping, camping, kayaking, and annual trips to the mountains of Idaho in search of wild huckleberries.