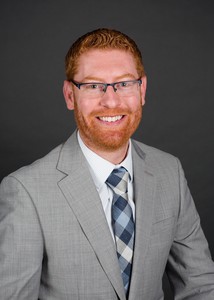 Justin Weiss, MPA, is the Assistant City Manager for the City of Fate, Texas. Weiss first joined the City of Fate team in January 2013 as the Assistant to the City Manager, Economic and Community Development. In June of 2015, he was promoted to serve as the Assistant City Manager and oversees Economic and Community Development, Public Works, Engineering, Planning & Development, Building Safety, and Information Technology. Prior to his career in local government, Justin worked in the private sector as a department head for a fast-growing telecommunications company in Utah. He also has experience in Healthcare Administration having worked as the Executive Director of a Skilled Nursing Facility. He received both his MPA and BA from Brigham Young University.

Outside of local government, Justin enjoys playing all types of sports, coaching his daughter's t-ball team, traveling, beekeeping, and being an entrepreneur. Most of all, he loves spending time with his family. Justin and his wife, Shannon, have been married for 11 years and have two children; a five-year-old daughter and one-year-old son.