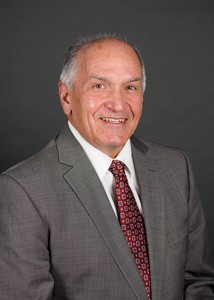 Hugh Johnson was born and raised in Lehi, Utah and graduated from Lehi High School. After attending one year at BYU, he served a mission in the Uruguay/Paraguay mission from 1971 – 1973. He returned to BYU in January of 1974 and graduated with a BS degree in Zoology in 1977. After a few years of owning/managing his own business, an export management company, he returned to BYU in 1982 earning an MPA degree in 1984.

After graduate school, he worked in the City of Orem, Utah, for 7 years, first writing and securing grants, then becoming the city’s first Redevelopment Director, and then the city’s first Risk Manager. He then began employment with HealthTrust-Utah, developing and managing occupation health clinics, specializing in worker compensation programs. In 1998, he worked with the Utah Transit Authority (UTA) to help solidify a self-insured worker compensation program, becoming the company’s Risk Manager in 2000. He was responsible for transit security during the 2002 SLC Winter Olympics. In 2002, he became a Regional General Manager with the Agency.

He retired in 2016 and now enjoys yardwork, hiking, biking, fly fishing, woodworking, and traveling with his wife Karen. Their 20 grandchildren also occupy much of their time.