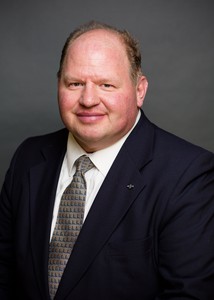 Marc J. Ellison is the Resiliency Operation Specialist in the Headquarters Facilities Department for the Church of Jesus Christ of Latter-day Saints. He works on emergency planning, business continuity, and recovery.

He began working for the Church of Jesus Christ of Latter-day Saint at Church Headquarters in 2005. Before that, he was a middle school science teacher from 1997 to 2003. He also worked as a seasonal Park Ranger at Timpanogos Caves from 1999 to 2018.

He loves Scouting and received his Eagle Scout Award in 1987. As an adult, he has received the Outstanding Eagle Scout Award, Vigil Honor, Honor Medal, and Silver Beaver Award. He has also been presented with the Carnegie Hero Award, and Utah County Sheriff’s Citizen Life Saving Award. In 2019, Marc led a group of scouts to the World Scout Jamboree at the Summit Bechtel Reserve in West Virginia.

Marc earned a bachelor’s in Earth & Space Science Education (1996) from BYU. In 2018 he graduated with an MPA. While at BYU, he was inducted into the Phi Kappa Phi National Honor Society and awarded the Gloria Wheeler Good Works Award.

He was born and raised in Northern Virginia with his three younger brothers.

Marc currently lives in American Fork, Utah with his wife, Yvonne and children.