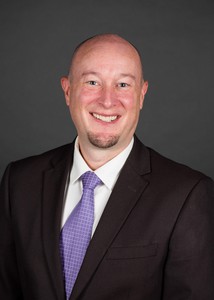 Jay was raised in Issaquah, Washington, in the greater Seattle area. From 1997 to 1999, he served a mission for the Church of Jesus Christ of Latter-day Saints in Seoul West, South Korea. He attended BYU and received his bachelor’s degree in international studies with minors in Asian studies and Korean. He then went on to pursue a Master of Public Administration from the Romney Institute.

After graduation, Jay took a job in Phoenix, Arizona, where he worked for the Governor’s Office of Strategic Planning and Budgeting as a budget analyst. He eventually went to work for the cities of Avondale, Arizona and Surprise, Arizona as a budget analyst and Assistant to the City Manager, respectively. In 2014, he took a job as City Manager of Toledo, Oregon, a small town situated on the central Oregon Coast.

After a few years in Oregon, he brought his family back to Utah and is now a Municipal Financial Advisor, helping governmental entities issue bonds.

Jay is married to Kristin Thurgood and they have 5 children.