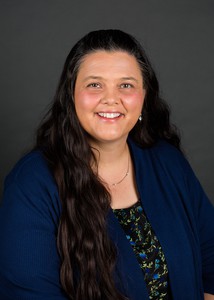 Brooke Anderson was born in Idaho and her family moved to Salina, Utah when she was seven. She graduated Valedictorian from her high school and served as the student body secretary. Brooke completed her associate degree at Snow College and earned a bachelor’s in Human Development with a minor in Management from Brigham Young University (BYU). Brooke served a mission in the Netherlands Amsterdam Mission from May 1997 to December 1998.

After Brooke returned home, she began working at the Graduation Office at BYU and after a year, she was promoted to manager. She enjoyed 15 years in Graduation Office where she was able to associate with advisors and later do some advising. Through this job, Brooke found that she loved advisement and began working toward becoming an advisor. She earned an Executive MPA degree with distinction in 2009, and also received an academic excellence award. She also went on to earn a graduate certificate in Academic Advisement from Kansas State in 2010.

In June 2014, Brooke became the Assistant Director of Advisement for the College of Physical and Mathematical Sciences at BYU. Brooke completed her second master’s degree in Academic Advising in August 2015. Brooke has been recognized for her service to BYU, among her awards are the Award of Appreciation from the Division of Continuing Education in 2006 and the Presidential Appreciation Award at BYU in 2012. Brooke loves spending time with her family, crocheting, reading, writing, playing games, four-wheeling, and serving others.