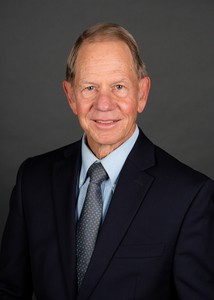 Michael Turner attended Brigham Young University (BYU) where he received a political science degree in 1971 and an MPA in 1973. After graduation, Michael served in the United States Air Force for 30 years. His assignments included the Air Force Institute of Technology, 388th Tactical Wing at Hill AFB, and two tours in the Pentagon. He was also stationed in Thailand and Germany. In his final position, Colonel Turner was Deputy CIO for the Defense Information Systems Agency.

After his government and military service, he worked in small businesses in Utah County. He was also a field operations supervisor for the 2010 US Census. Michael enjoyed LDS church involvement in assignments worldwide. He is on the scholarship committee of the Utah Valley Chapter of the BYU Management Society. Active in his community, he has served on the Emergency Preparedness Committee of Elk Ridge City for 14 years.