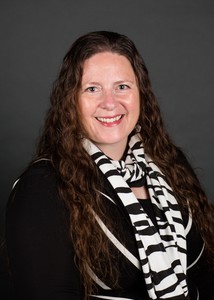 Koreen is a principal program budget analyst at the Department of Finance for the State of California. Since 2002, she has worked as a fiscal advisor for the past three Governors (Gray Davis, Arnold Schwarzenegger, and Edmund G “Jerry” Brown), performed analytical functions and fiscal development of the Governor's Budget, defended the Governor's Budget before the Legislature, and analyzed fiscal components of proposed legislation for her specific assignment areas. Koreen has been exposed to over 150 different departmental budgets and has had direct responsibility over more than 45 budgets.

She has served in five different assignment areas; some of the more politically-sensitive budgets she has worked on include corrections, courts, state infrastructure through bonds and lease revenue, and employee compensation and benefits. She has been in a supervisory role on the budget since 2006 and been on several management teams and committees working towards streamlining and making government more efficient. In one case, eliminating a budgetary practice that has been used since World War II. One of her favorite roles has been representing the Governor at the bargaining table and negotiating with the state’s 21 different bargaining units that represent over 250,000 state employees.

Koreen loves her husband, life, travel, being outdoors, and enjoying the beautiful world, culture, food, and people around her. She has traveled to more than 35 different countries and loves the intensified learning she receives while abroad. She did a microcredit internship in South Africa while in her undergraduate program at Brigham Young University (BYU). She enjoys cycling, has completed one century ride (Bike around the Buttes, a 100+ mile bike ride), and has raced in more than 15 triathlons. She completed the Deseret News Marathon in 1998 and is convinced that writing about this experience is what got her into the Master of Public Administration program at BYU. She graduated from the Romney Institute of Public Service and Ethics in 2002, with a Masters of Public Administration with an emphasis on Finance. Koreen received her undergraduate degree in Community Health and a minor in International Development at BYU in 2000.

Koreen strives to be comfortable with feeling uncomfortable and loves to learn and try new things.