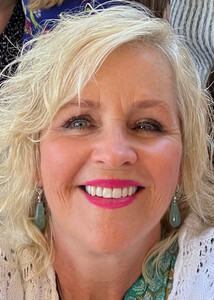 Shannon Paulson Sorensen earned her bachelor’s degree in Interpersonal Communications from BYU in 1983. She co-founded Partners Personnel in 2017 with her late husband Steve Sorensen. Shannon is the Executive Producer of the highly ranked podcast, “Follow Him”, which premiered in December 2020.

In addition to overseeing the family business operations, Shannon is participating in the lives of their eight children and many grandchildren.