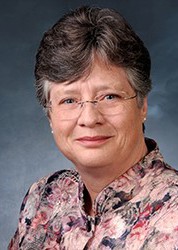 In addition to serving as a missionary for The Church of Jesus Christ of Latter-day Saints in the Philippines, she has worked with the Church’s Humanitarian Services Committee in Africa and Eastern Europe. As a nursing professor, Rogers was asked to serve as a consultant for numerous international programs, including training and development projects funded by the United States Agency for International Development (USAID).

Rogers also served as dean of BYU’s College of Nursing for six years. Her research has focused on primary health care programs.