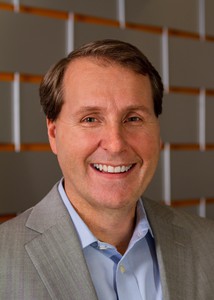 Paul Jarman was raised in Salt Lake City, one of ten children. He attended the University of Utah, except for a semester at the BYU Center in Jerusalem, where he met his wife, a die-hard Cougar fan. He served a church mission in Sevilla, Spain. He majored in accounting, and worked at Franklin Quest and Healthrider before coming on board the company that became inContact. He became the CEO in 2002, and sold the company in 2016, remaining as CEO. He married Sarah Liljenquist in 1992 and they have six children, five of whom so far have attended BYU, and four grandchildren. His hobbies include skiing, boating, fitness, and reading fiction and business/leadership books.