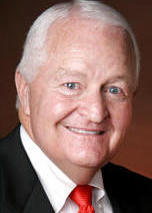 At 16 years old, Eric Jackson purchased his first truck and began his career in the transportation industry. He is currently retired from being the owner of the Peterbilt Truck franchises for Western Colorado, Utah and Idaho with sales exceeding $100,000,000 annually. In 1966, Jackson graduated from Central State University in Edmond, Oklahoma, with a B.A. degree in Business and English. He immediately went to work for Ryder Truck Rental as a management trainee. By 1974, he had advanced to District Manager over Ryder's Northern California operations, including Oregon and Nevada. In August of 1975, Jackson was hired by Jensen's, Inc., a large privately owned multi-line retailing business. Jackson served as General Manager until December 1976. The next year, he purchased a factory GMC store in Salt Lake City. He recently completed a five-year term on the Cottonwood Hospital Advisory Board. In 1996, Jackson was awarded the Ernst and Young Entrepreneur of the Year. Beginning in 1997, Jackson and his wife, Kaye, served for 5 years in the inner-city mission project in Latino wards from North Salt Lake down to Riverton. In 2007 they were called on two church missions which they completed in 2013. Since that time period they have participated in various family events, church assignments and business ventures. Eric and Kaye honor their children and admire their friends.