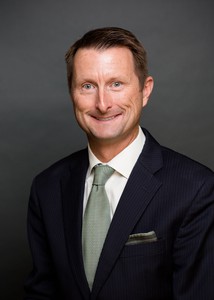 David attended the University of Utah as a scholarship tennis player. He soon transferred to Weber State University where he earned a Bachelor of Arts in Communications and Public Relations with honors, and was a finalist for Scholar of the Year, Athlete of the Year, and Wildcat of the Year.

David continued his education by earning an EMPA degree from Brigham Young University and then earning a Ph.D. in Business Administration. He also earned four post-doctoral certificates from Stanford University and Harvard Business School in leadership, negotiation, board governance, and performance measurement.

Professionally, David owns several companies in real estate, day spa, vending, and distribution and consulting services for business ventures. He retired from professional tennis competition in 2007, however, he still teaches lessons and advocates for the Utah Tennis Association and United States Professional Tennis Association as a certified presenter and ambassador. David is also a member of the vocal group Octappella, which has given him the opportunity to tour numerous states, record four albums, and garner state, national, and international awards.

David is also a past PTA president for his children’s elementary school and is currently the middle school PTSA president and community council member.

David has been honored locally by the Utah Best of State organization through many years as Educational Volunteer of the Year, Recreational Coach of the Year, Best Vocal Group, Best A Cappella Group, Best Adjunct Professor, and Best University Teacher.