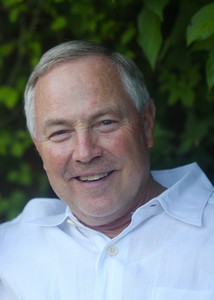 David Bradford is a proven business leader with over 35 years of experience in the computer industry. David Bradford is the CEO of FluentWorlds which is revolutionizing language training in 3D Virtual Worlds. David has been CEO of not one but two companies that reached the Forbes list of America’s 50 fastest growing Tech companies- HireVue and Fusion-io. He also was an executive for 15 years at Novell helping guide that networking juggernaut from $40 Million in sales to over $2 Billion. In November 2017, David was honored with the prestigious Lifetime Achievement Award by Utah Business Magazine. In October 2013, Bradford was inducted into the Utah Technology Hall of Fame. Known as the Human Internet by many, Mr. Bradford is a noted author who has written a definitive work on Networking entitled: Up Your Game – 6 Timeless Principles for Networking Your Way to the Top. David even sourced and recruited the man who invented the Apple Computer, Steve Wozniak, to work for him at Fusion-io. He also recently signed BYU basketball legend, Jimmer Fredette, to help represent FluentWorlds in China.