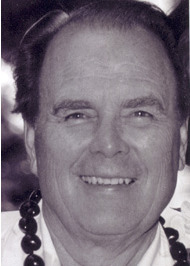 Nyal McMullin's career started with the passing of Electricity Merit Badge alongside the heating furnace in his Scout Masters basement. His formal education in electronics was obtained in the US Navy and the University of Utah, supplemented with an MBA from Stanford University. Most of his professional career has been with high tech companies making their transitions from analog to digital technologies. He was a partner in a start-up company which designed the first digital voice system after Bell Labs designed the T-1 digital voice carrier. In another start-up, they developed the small high performance digital tape recorders that allowed Point of Sale cash registers. Most notably, he was the President of a start-up that digitized television and photography. He has been a participant on video products that have garnered sixteen Emmy awards. He was an initial founder of the Rollins Center and an early supporter of the Perpetual Education Fund, including a Mission to the South America South Area. Nyal is married to a busy, active spouse Bette. They have 3 children.