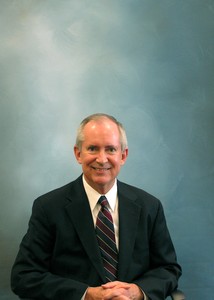 William D. (Bill) Price served as Managing Director of the Rollins Center for Entrepreneurship and Technology from 2007-2010. He graduated from BYU with an MS in Public Administration in 1970. After a career in California state government and in the amateur photofinishing business, in 1995, Bill and his wife Sidney served a public affairs mission to coordinate the sesquicentennial activities for the Church in Nauvoo, IL. In 1997, he became the Director of the Institute of Marketing for the BYU Marriott School. In 1998, Bill and his wife relocated to Utah to become the volunteer directors of media hosting for the Church. In August 2007, Bill returned to the BYU Marriott School after presiding over the Washington, D.C. North Mission. Bill has been married to Sidney Alayne Howk for 51 years. They have three children and 14 grandchildren.