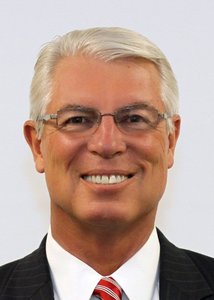 Terry grew up in Portland, Oregon and served an LDS mission to Colombia. He graduated in Business Management from BYU. He lived in the eastern part of the United States for 33 years before retiring the first time and moving to Utah in 2010. Coming out of high school he had football, basketball, and baseball scholarship offers. Terry played Quarterback for the BYU football team. He was a Board member for the Liberty Bowl for 15 years. Terry was Chairman of the Eastern District for the Boy Scouts of America for 3 years, and on the Board of the Chickasaw Council for 3 years. He was heavily involved in Habitat for Humanity. He has taught commercial real estate classes. Terry was on the Board of Trustees for the International Council of Shopping Centers and while serving was selected to be on the Executive Committee, the Government Relations Committee, and a Vice President. In those capacities, he traveled around the United States and the World speaking at conferences and conventions and training shopping center executives. Terry and Jill recently returned from serving a mission in New Zealand. Terry and Jill combined have 14 children and 36 grandkids.