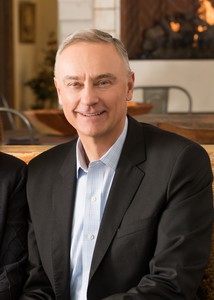 David T. Lisonbee is Founder and Chairman of the Board of 4Life Research, a world-leading immune system nutraceutical company. David enjoys more than three decades of experience in the areas of health, wellness, and the immune system sciences.

He has enjoyed dozens of distinctions throughout the years. Most recently, his company was named Best Immune System Supplement Manufacturer in the United States of America. In 2020 and 2017, The American Business Awards presented him with the People’s Choice Award for Best New Product. Moreover, 4Life has received numerous Stevie® Awards.

In 2006, David received the I.N. Blokhina Award for outstanding performance in biotechnology. In 2004, he was distinguished among Utah’s Entrepreneurs of the Year after 4Life was named #15 on the 2003 Inc. 500 list of fastest-growing privately held companies in the United States.

David is an author, entrepreneur, and inventor with an extensive list of patents. He also sits on the Board of Directors of Clene Nanomedicine, a pharmaceutical company that focuses on therapeutic nanocatalysts to improve cellular bioenergetics.

As a young man, David served a full-time mission in Brazil North Central Mission. He and Bianca, his wife and 4Life co-founder, served in the Italy Milan mission, and then as president of the Brazil Salvador Mission. They are the parents of 5 children and 13 grandchildren. After serving as a branch president at the Provo Mission Training Center, David was called to serve as a member of the Young Men General Advisory Council of the Church of Jesus Christ of Latter-day Saints.