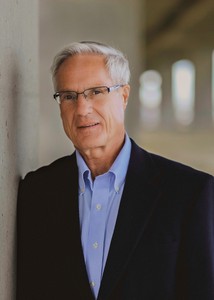 Bob Despain is originally from Lovell, Wyoming and Janet from Lander, Wyoming. Bob graduated from BYU in 1975 with a B.S. degree in Finance and from the University of Wyoming in 1978 with JD degree. While in Laramie, Bob met Janet Johnson, who was completing her degree in Speech Pathology/Audiology. They were married May 24, 1977 in the Ogden Temple. After college, they settled in Casper, Wyoming where Bob practiced law in the business, transaction, and natural resources area. After 25 years in the legal field, Bob participated in the development of a water treatment business that grew to be the largest coalbed methane water treatment company in the world. As the CEO, the company was sold in 2008. In the past year, Bob and a partner, have acquired the majority interest in the 1st and 3rd place finishers from the 2008 BYU Business Plan Competition. The couple has five children (two girls and three boys) and thirteen grandchildren. All five children have graduated from BYU. Bob enjoys golf and Janet is an avid reader.