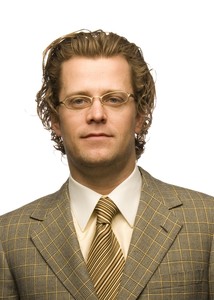 Josh James is the founder and CEO of Domo, a software-as-a-service company that's redefining the business intelligence market. Before founding Domo, Josh was the CEO of Omniture, which he co-founded in 1996 and took public in 2006; and from 2006-2009, he was the youngest CEO of a publicly traded company. Omniture was the number one returning venture investment out of 1,008 venture capital investments in 2004, as well as the number two performing technology IPO of 2006. Omniture was also the fastest or second fastest-growing public company for three consecutive years. In 2009, Josh facilitated Omniture's $1.8 billion sale to Adobe. Josh is the founder of CEO.com, Lightstorm, and Silicon Slopes, a non-profit initiative designed to promote the interests of Utah's high-tech industry. Josh serves on the boards of Demand Media, Rakuten and Save The Children. He also serves as a member of the World Economic Forum's Young Global Leaders, a worldwide community of individuals committed to, and recognized for, their proven leadership and potential in shaping the future.