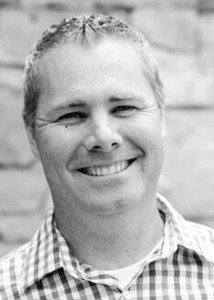 Nate Allphin is the co-founder and COO of Xerva, a Data Warehousing and Business Intelligence company based in Utah.

Nate Allphin graduated from BYU with Bachelor of Science in Business Management with an emphasis in Information Systems in 2002. After graduation, He started his career as a data analyst, with ah-ha.com, a start-up pay-per-click internet advertising company located in Provo, UT. Nate started and built the team that analyzed the internet traffic being sold to advertisers and detected fraudulent activity. Ah-ha.com was eventually the first acquisition of Marchex, a company based in Seattle, WA. After relocating to Seattle for a time, Nate relocated back to Utah in 2007 to help start the online advertising company OrangeSoda. He functioned in the role as Database Administrator and eventually ended up building and running the reporting team that supported the executive team and also client facing reporting. It was at OrangeSoda he found his true calling in Data Warehousing and met his eventual business partner, Nathan McMurtrey.

After working with Nathan at several companies following OrangeSoda, they founded Xerva in 2013. From its humble beginnings, as two consultants, they built Xerva into a trusted company that has worked with such companies as the Utah Jazz, Larry H. Miller Automotive Group, ImagineLearning, Extra Space Storage and Hoyt archey. Their passion for organizing data and making it actionable, accessible, and accurate has served them well and they have grown to over 30 employees.

Nate is passionate about helping companies put data first. He has been a guest lecturer for the MISM program and shared his knowledge of data warehousing principles in many other settings.

Most importantly, Nate has been married to his beautiful wife Jill for 15 years and she has supported him through his crazy career. They are the parents of 4 great kids; Grace, Andrew, Mitchell and Tyler. In his spare time, he enjoys spending time with his family, gardening, fly-fishing and almost any outdoor activity.