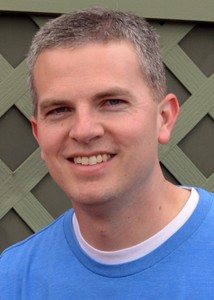 I'm a Senior Story Artist at Avalanche Software, a subsidiary of Disney Interactive Studios.  Even though my title is "artist", I'm mostly an idea guy and a writer. It's my job to basically act as a bridge between our video game development team and the filmmakers to ensure that the video games we're creating are an accurate representation of what the films will eventually end up being.  I've worked pretty extensively with filmmakers at Disney (animation and live action), Pixar, Marvel, and Lucas. I am one of several people at our studio who comes up with the stories for our games and writes dialogue for the various characters. I graduated from BYU's Animation department in Dec. 2011 as that department's first graduate ever.  I've also taught classes at BYU Animation and Illustration departments.  This semester I'm teaching an advanced storyboarding class at BYU.  My wife and I have 3 little girls.