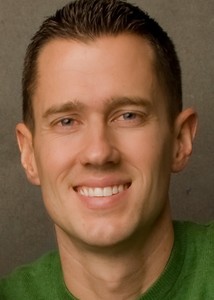 Tanner Bell is the Co-Founder and President of Ragnar. Ragnar began in 2004 as a single overnight running relay race with 262 participants. Today, more than 120,000 runners participate annually in 18 road relay races and 19 trail relay races. Tanner has been instrumental in the growth of Ragnar and continues to play an integral role in establishing Ragnar as one of the premier brands in endurance sports. Tanner played a major role in raising growth capital from Dolphin Capital Group in 2006, and White Road Investments (Clif Bar) and Partnership Capital Growth in 2013. Among his many accolades, Utah Business Magazine named Tanner to their “Forty under 40” list in 2010 at the age of 29. He is passionate about entrepreneurship and enjoys speaking to high school and college students about his entrepreneurial adventures. Tanner is well respected in the running event industry and often speaks at Running USA and other industry gatherings. Tanner lives in Kaysville, Utah with his fantastic wife Kristin and 4 ridiculously cute children. He is an avid runner, cyclist, and skier (snow and water). He believes it is never too early or late to become a Ragnarian.​