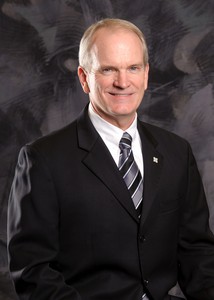 Earnie Broughton is Senior Advisor to the Ethics & Compliance Initiative in Vienna, Virginia. He previously served as Director of the M.B.A. and Executive Education programs in the Greehey School of Business at St. Mary’s University from 2011 to 2016.

Prior to joining St. Mary’s, Earnie served as Executive Director, Office of Ethics, for United Services Automobile Association (USAA) from 2000 to 2011 and reported directly to USAA’s President and Chief Executive Officer. He has an additional 20 years experience in Human Resources and Consumer Lending executive management in the financial services sector.

Earnie was a member of the Executive Committee of the Board of Directors for the Ethics and Compliance Association from 2009 through 2011. From 2006 to 2008, he served as Vice Chair of the Washington-based Ethics & Compliance Initiative Fellows Program.

In 2015, Earnie was named by the Ethisphere Institute to the “100 Most Influential in Business Ethics” list for having “a material impact in the world of business ethics and compliance.”

Earnie is a graduate of Texas State University with a Bachelor's degree in Sociology and he has a Master's degree in Industrial & Organizational Psychology from St. Mary's University in San Antonio. He is certified as a Leading Practitioner in Ethics and Compliance through the Ethics & Compliance Initiative.