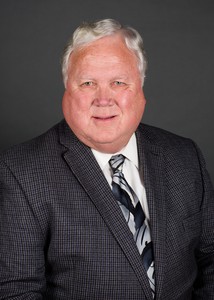 Chris Miasnik, Chief Warrant Officer (Ret.), was born and raised in Los Angeles, California. He graduated from Woodrow Wilson High School in 1969 and a year later entered the United States Marine Corps. After his active duty service, he joined the LDS Church in 1974 and 18 months later began his 2-year mission in the French-speaking Belgium Brussels Mission. Upon his return, Chris graduated from Brigham Young University in 1981 with a Bachelor of Arts in Public Policy. In 1983, he graduated from the Romney Institute with a Masters of Public Administration.

Upon graduation from BYU, Chris was selected as a Presidential Management Intern and served as a Contracts/Resource Management Specialist for NASA for four years. During that same period, he also re-entered the military as a reservist with the California Air National Guard. He then took a position with Thiokol Corporation in Promontory, Utah as a Pricing Specialist and then as a Project Manager for the Advanced Solid Rocket Motor program until 1992. Upon a reduction in force, Chris took a detour into the business world and worked in Salt Lake City for Megahertz/U.S. Robotics/3COM as a marketing specialist and then Sysco Intermountain Foods. Desiring more job security, Chris sought active duty orders through his National Guard unit, retiring in 2012 with 34 years of total military service.

Chris deployed to Iraq for a year in 2004-5 as the leader of a Human Intelligence collection team, and in 2010-11 served as an intelligence analyst for AFRICOM in Stuttgart, Germany where his son, Paul, was also stationed at the same time as a soldier in an Air Defense Artillery unit.

Chris and his wife, Angie, have been married 25 years and have a blended family of 12 children and 45 grandchildren.