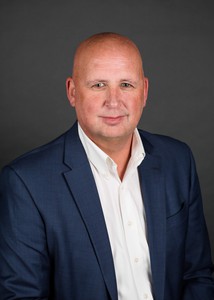 Troy Groll was born in Salt Lake City and spent most of his youth in Centerville, Utah. After high school, Troy served an LDS mission to Columbus, Ohio. After returning from his mission, Troy attended Utah State University and later transferred to BYU where he received a bachelor’s degree in psychology with a minor in business. In 1993, Troy entered the Master of Public Administration program and graduated two years later with an emphasis in finance.

After BYU, Troy moved with his wife, Jeanette, and young son to Arizona where he worked in the Auditor General’s Office. During this time, the Grolls added 2 more children to their family.

In 1997, Troy was approached by Orbit Irrigation Products with an opportunity to work as a territory manager in Colorado, where he worked in this capacity for 4 years, and then moved to Atlanta, Georgia to work as a National Account Manager for the next 13 years. During this time, his primary responsibilities were managing and growing Orbit’s business with The Home Depot.

In 2014, Troy returned to Utah after accepting the position of Marketing Director with Orbit and then in 2019 as Sales Director. Troy and his family now live in Kaysville Utah where they enjoy the outdoors; skiing, golfing, hiking, camping, and of course, BYU football. Troy and Jeanette are the proud parents of 6 children and 2 grandchildren.