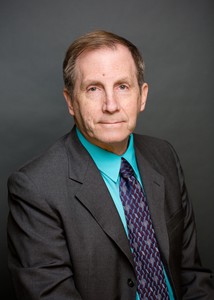 Jeff is a native of Burbank, California. He earned a bachelor’s degree in English in 1983 and a Master of Public Administration in 1986, both from Brigham Young University.

Jeff began his professional career as a program analyst for the Los Angeles County Superior court in 1986. After seven years at the court, he worked for one year as a principal assistant in fiscal services with the Los Angeles County Marshal’s office before returning to the Superior Court in 1994. Jeff was with the court during numerous controversial cases, including the Rodney King and O.J. Simpson trials.

In 1996 Jeff and his wife decided that they wanted to relocate to Utah, and Jeff obtained a position with the State of Utah as a budget analyst. Jeff later served as a financial manager, representing the department in overseeing federal programs such as TANF and Wagner-Peyser. After 16 years in this position, Jeff was reassigned to the unemployment division, where he currently works as a claims adjudicator.

Jeff and his wife, the former Beth Elenes, are the proud parents of two children. In his spare time, Jeff enjoys sports, history, and creative writing.