School of Accountancy Board of Advisors 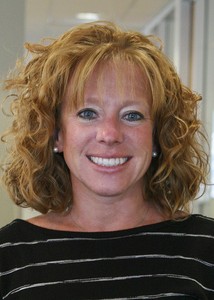 Angela Treleven is the Vice President of Internal Audit at TrueBlue, Inc. based in Tacoma, Washington. She has built a team focused on supporting enterprise strategic priorities and back office operations efficiencies, while focusing on performance management and personnel development. Prior to joining TrueBlue, Angela worked at Ernst & Young for nearly 13 years. She has accounting and auditing experience in various industries including technology, industrial manufacturing, and biotechnology, focused on US registrants with a diverse global footprint, including an emphasis on internal control over financial reporting. Aside from her client responsibilities, Angela was actively engaged in the deployment of EY's Global Talent Hub, the National Instructor Excellence Program, and was significantly involved in campus recruiting. In recent years, Angela has been appointed to two private company Boards of Directors as independent director, Sprague Pest Solutions (Tacoma, Washington) and Dick’s Drive In Restaurants (Seattle, Washington) and serves on two not for profit boards, CHI Franciscan Foundation and is the Bellarmine Preparatory School PRIDE Guild President. Angela has a CPA license in Washington state and is a member of the AICPA and WSCPA. Angela earned her Bachelors of Science in Accounting from Santa Clara University. In her spare time, Angela and her husband travel the world running marathons.