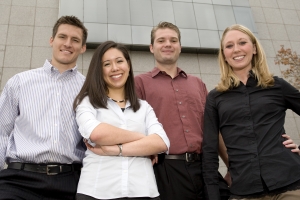 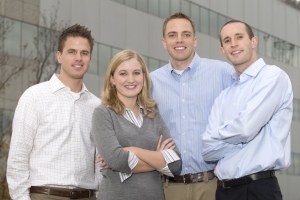 PROVO, Utah — Nov 14, 2007 — Two Marriott School accounting teams have been selected as undergraduate and graduate division finalists for the 2007 Deloitte Tax Case Study National Competition to be held in Orlando, Fla. on Nov. 16-18.

The BYU undergraduate team competed with 27 other universities, and the graduate team was in a division of 21 universities. Teams had five hours to strategically solve tax problems for a new business venture using only the Internal Revenue Code and Treasury Regulations as references.

“The competition tests students on how well they can understand tax issues and use the tax law to solve those issues,” says accounting professor Robert Gardner, one of the team advisors. “BYU students do very well because they have a strong intellectual capacity, work hard to learn tax information and work well as a team.”

Only six teams in each division advanced to the national competition, which is sponsored by the Deloitte Foundation, a nonprofit organization that supports accounting, business and related fields of study.

“This competition increases awareness of the leading tax accounting programs,” says Janet Butchko, a Deloitte Foundation competition representative. “Students in this competition are certainly at the top of their field.”