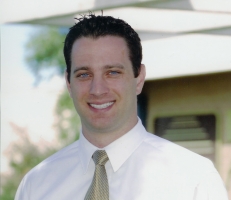 PROVO, Utah — Jan 10, 2007 — A Brigham Young University graduate student and alumnus both earned kudos for their top-scoring performances on the Certified Internal Auditor exam administered by the Institute of Internal Auditors.

Eric Hatch, a graduate student in accounting at BYU’s Marriott School, earned the William S. Smith Student Highest Achievement Award for his top score on the exam given last May. Dale Holdaway, a 1993 Marriott School MBA graduate, earned the Smith Certificate of Excellence Award as one of the top five non-student performers on the same test.

“I was surprised upon hearing the news at first,” says Hatch, a 27-year-old senior. “I double checked my member ID on the letter to make sure it wasn’t some mistake.”

“The classes I took during my first year in the MAcc program were the biggest contributor to my preparation,” Hatch says. “I was surprised at how broad the scope of the exam was. I had to draw on things that I had learned in almost all of my classes.”

Holdaway graduated from the Marriott School with a bachelor’s degree in business management in 1991 and his MBA in 1993. He currently works as manager of global finance training for Ford Motor Co.

“I believe that I was able to score so highly on the CIA exam through simple, old-fashioned preparation and by learning to read both questions and potential answers very carefully while taking tests,” he explains.

The first CIA exam was administered in August 1974 to 654 candidates in the United States. Today, the exam is offered in more than a dozen languages. In May 2006, the test was administered at 250 sites in 98 countries around the world. More than 65,000 professionals have been certified through the Institute of Internal Auditors since the inception of the program.